It was literally freezing here this morning … way too cold for “just a sweater” – so today you get to see Charlie’s new hat!

I finished the hat a few weeks ago and he’s worn it before, but this was the first time I got to see it (on him). Katie told me he liked it, and (not that I doubted her but) I think he really does!
He put it on before we left the house and wore it non-stop
to wave to his mom (who was “in the phone”) 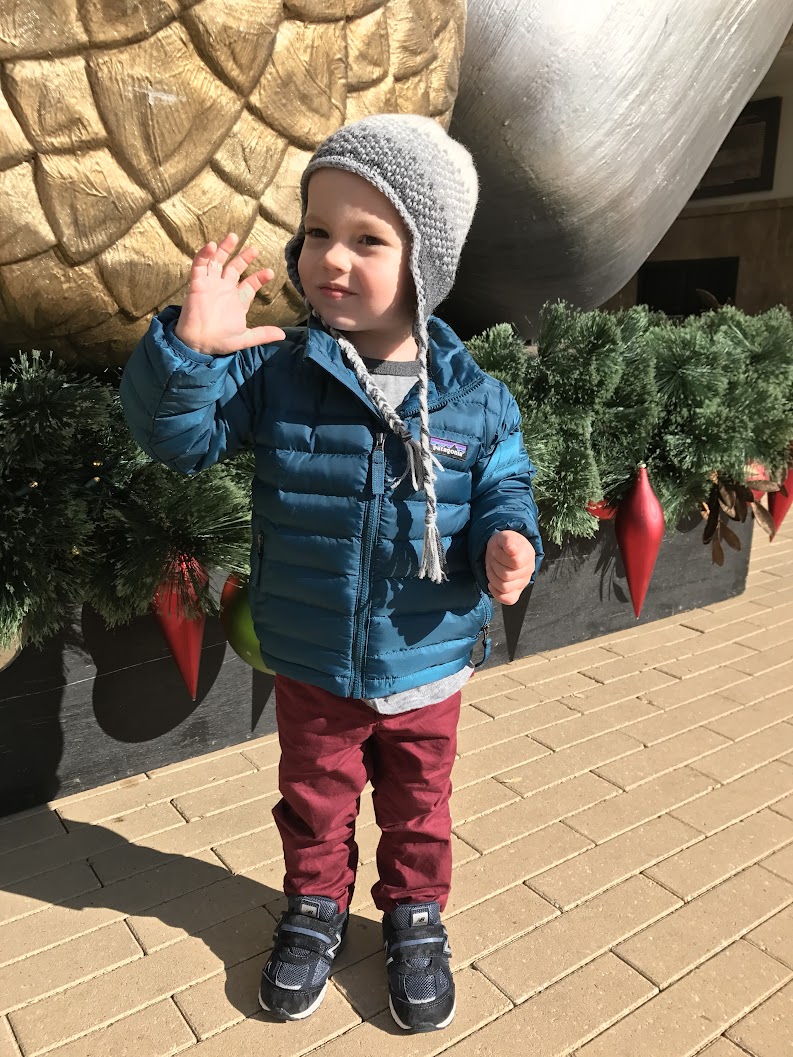 to check out the big (weird) gold acorns 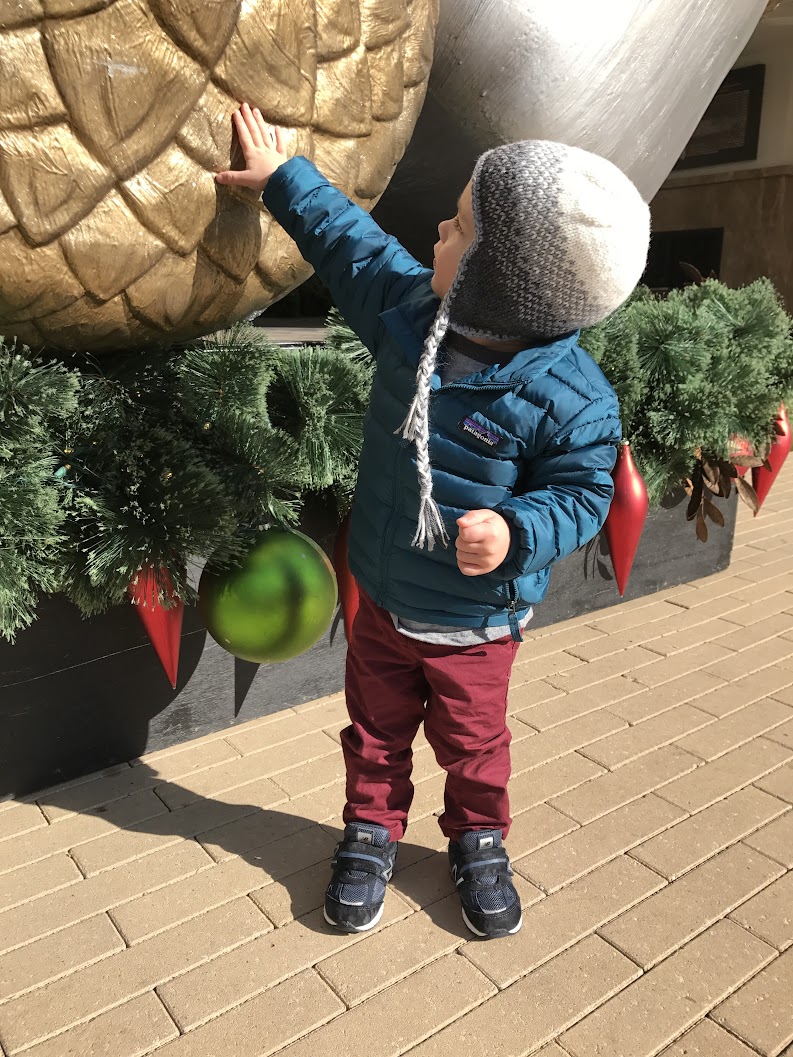 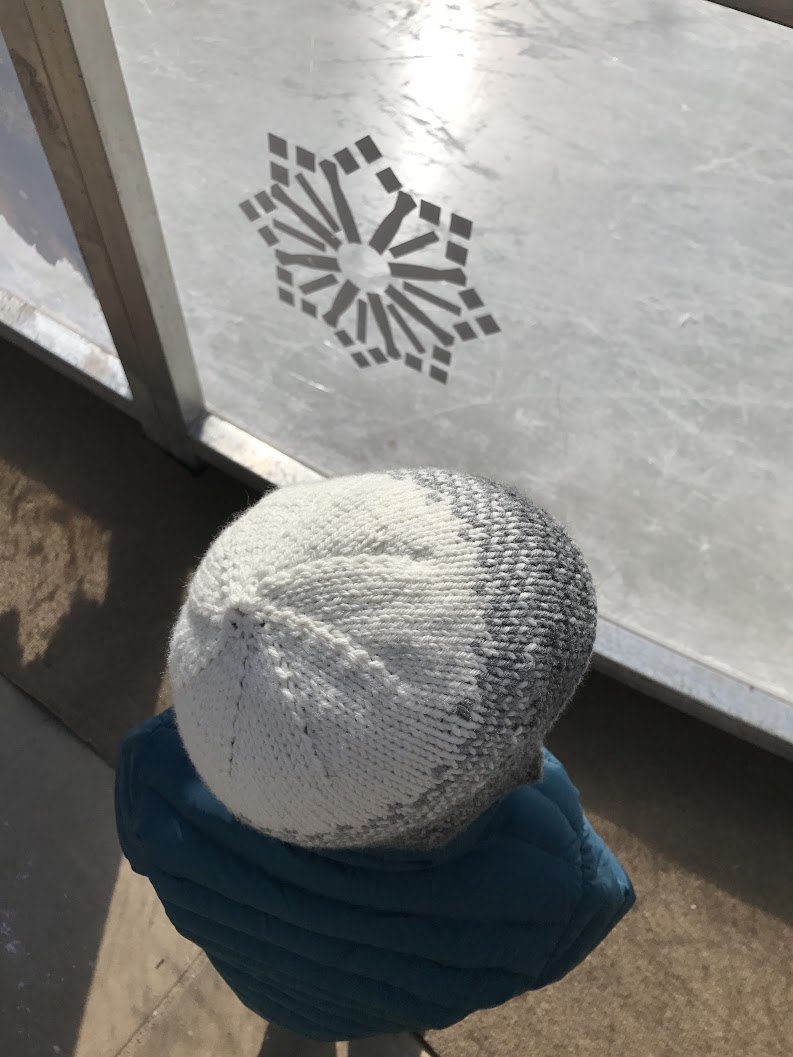 to have a pre-story time snack 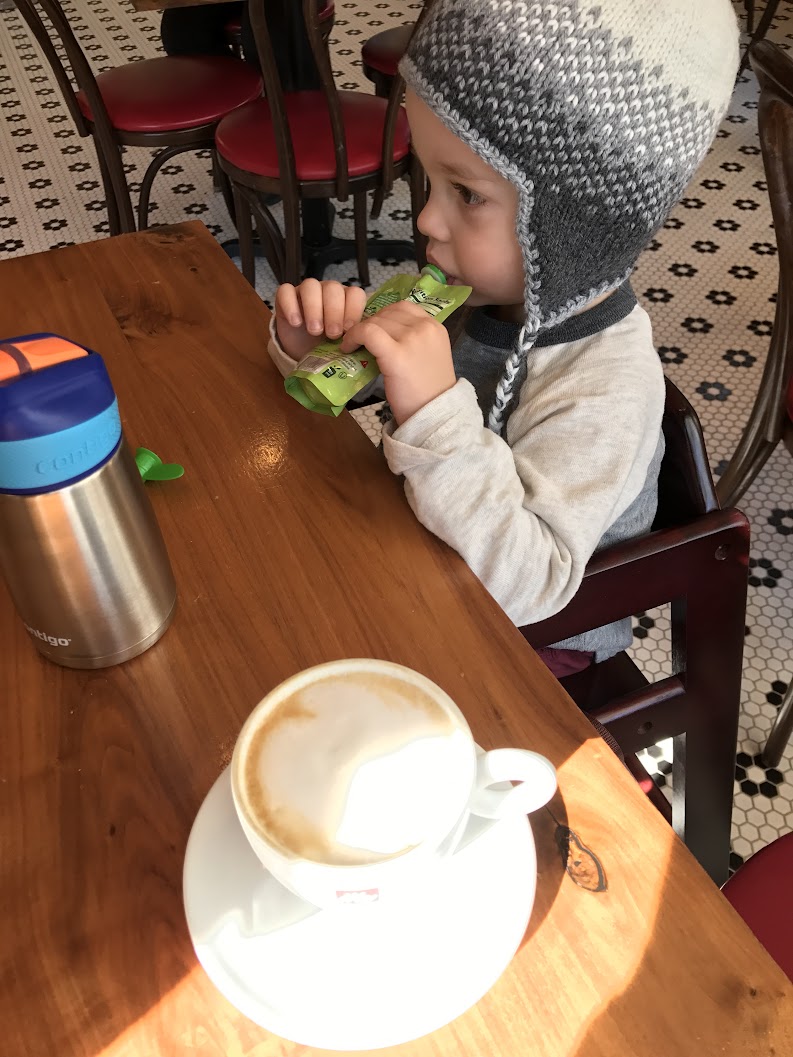 to make a funny face 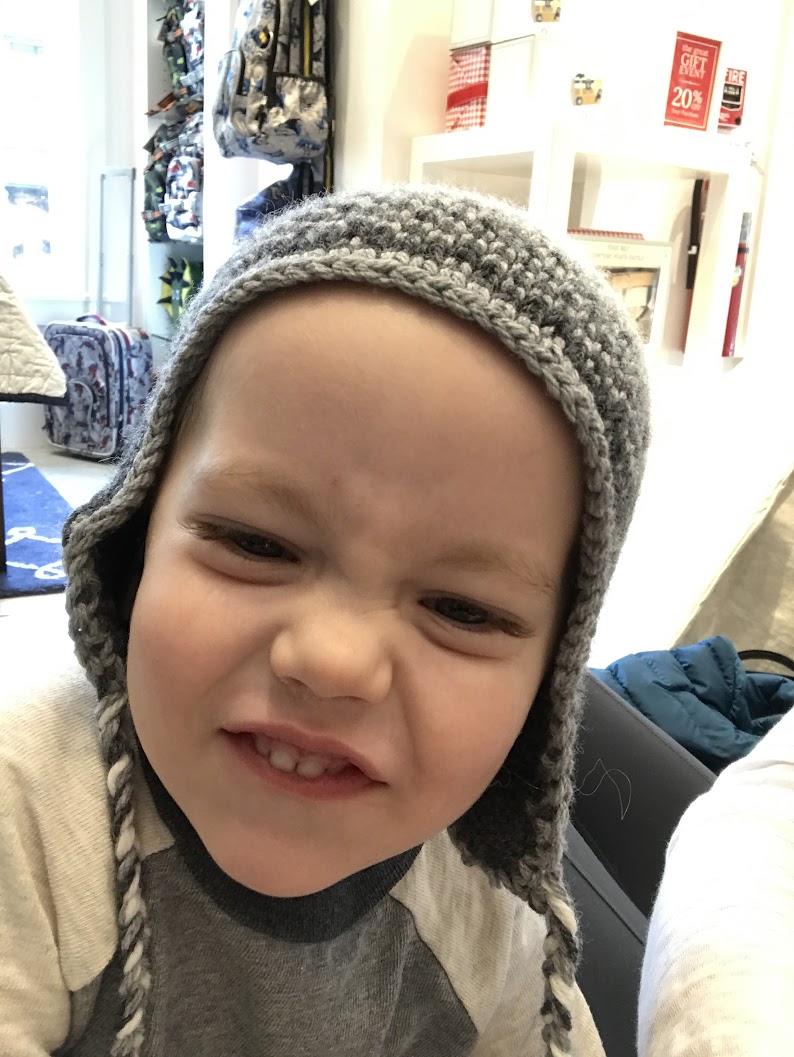 …and finally, to listen to stories

Story time was our last stop before lunch and he was fine to take the hat off to eat. He did put it back on when we left. I’m not sure how he knows the front from the back but he manages pretty well to put the hat on by himself without a mirror. boys… go figure.
The hat is another winning pattern from Tanis Lavallee – the Frosted Alpine Hat. I knit this using leftovers from Charlie’s Fly Away Blanket (hence the project name). I made a few minor modifications (all documented in my project notes) and probably none that important for a great outcome. The hat fits perfectly (and there’s a bit of room at the top – I wouldn’t be surprised if he can wear it next winter too) and the braids… ahhh….
We went back to Charlie’s house for nap so Marmie could have some baby snuggles… gotta say – the nap time entertainment was first rate! 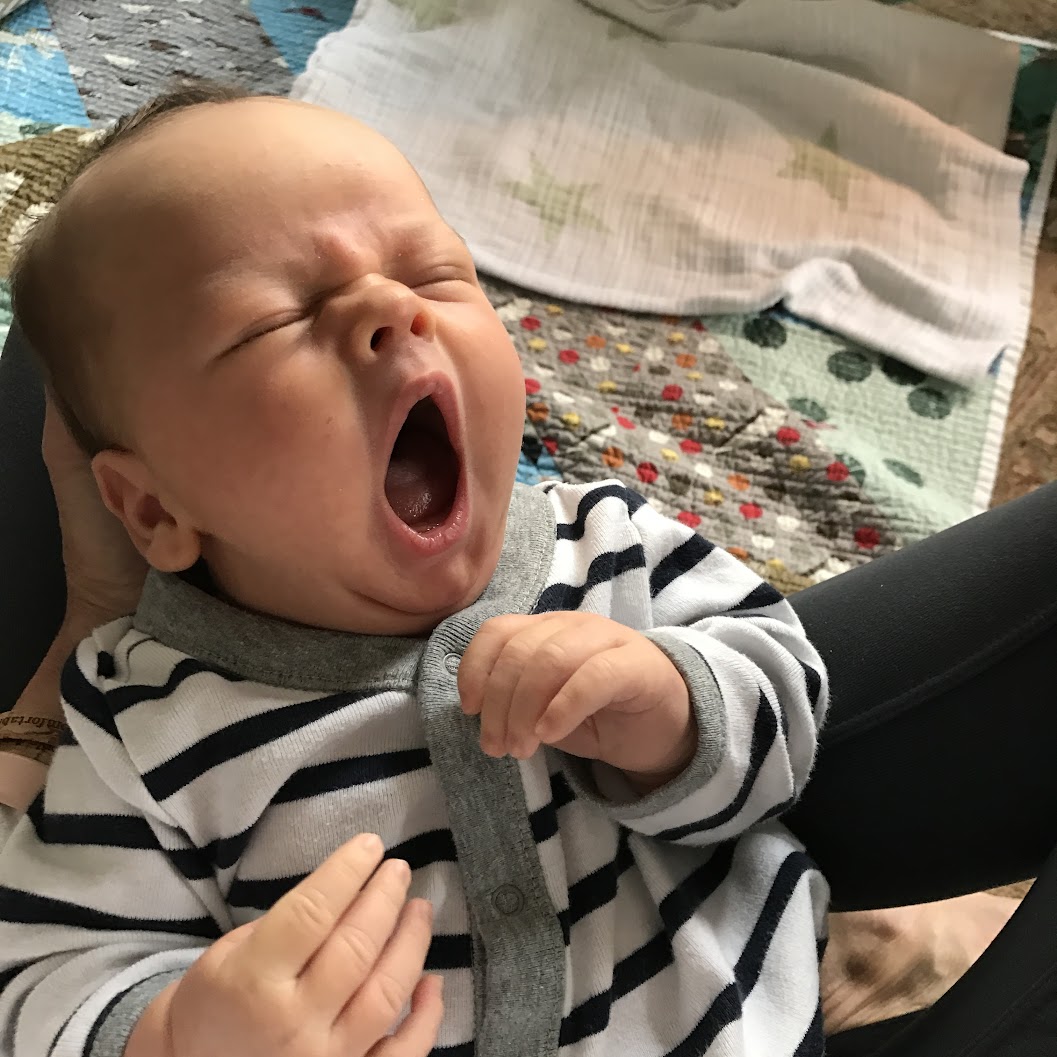