Oh boy, we had a ball with Charlie Saturday night. His parents dropped him off at 4:15 and he was ours until 7:30 Sunday morning.

First order of business for Marc was a movie. He started with Finding Nemo but decided it was too scary. They settled instead on Beauty and the Beast (which was Katie’s favorite when she was a little older than Charlie is now)…and were perfectly happy for about 20 minutes. Charlie loves cartoons and singing, so I’m sure we’ll come back to this again. 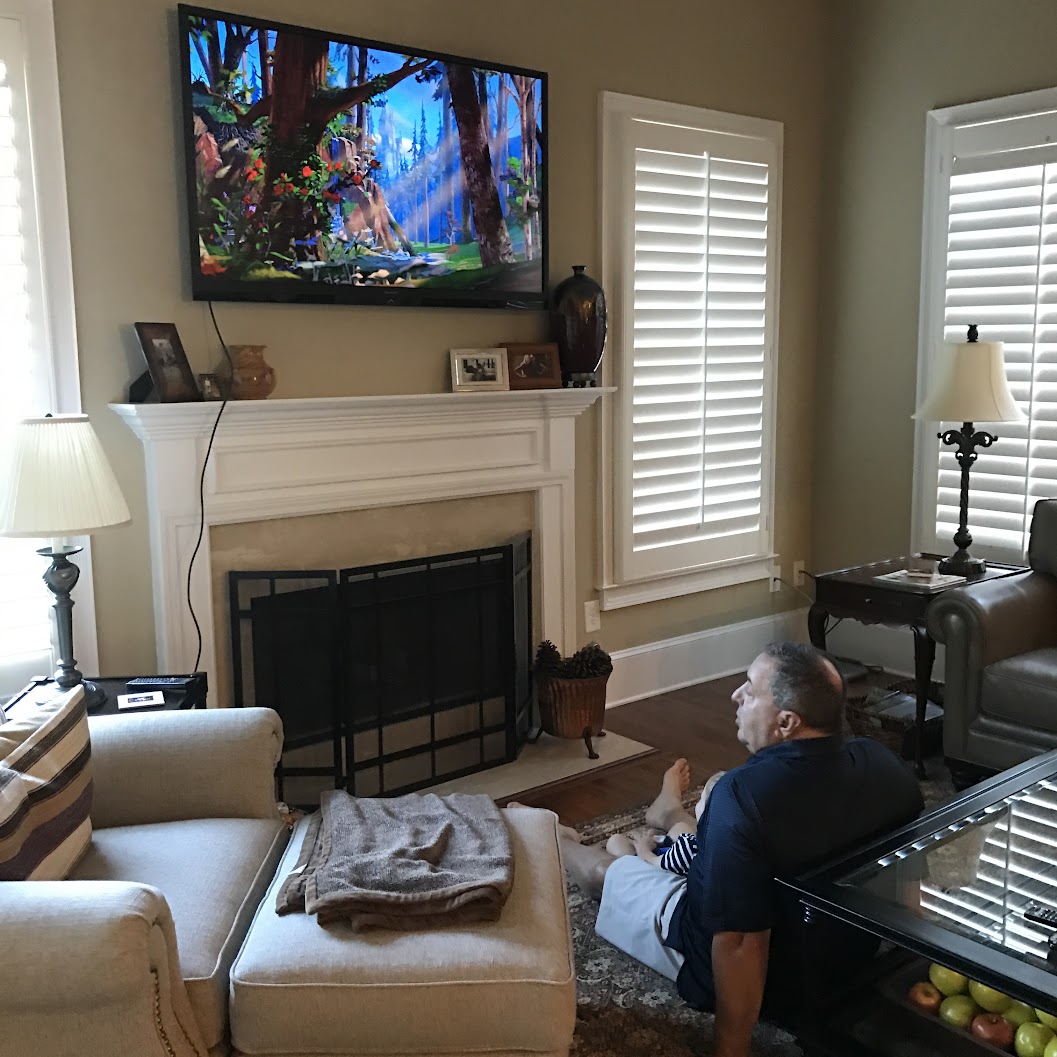 Pizza was not as successful. I had chicken-apple sausage, cheese, tomato sauce and whole grain crust. Charlie did like the crust and the sauce, but not so much the rest. Good thing there was also plenty of cucumbers and hummus.
After dinner, we went outside to play. The boys had fun with golf and soccer and Holly just tried to keep away. 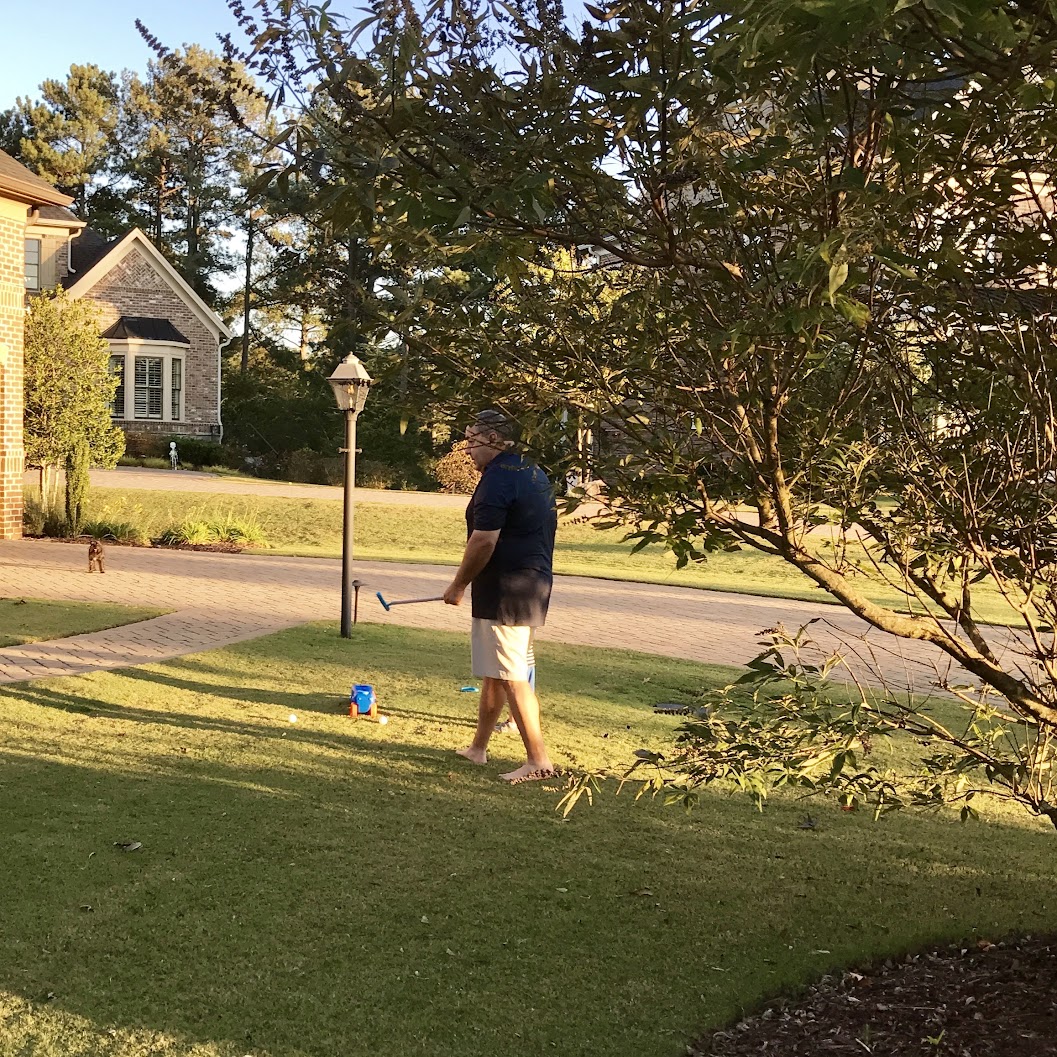 Next came bath and a picture to share with his mom. 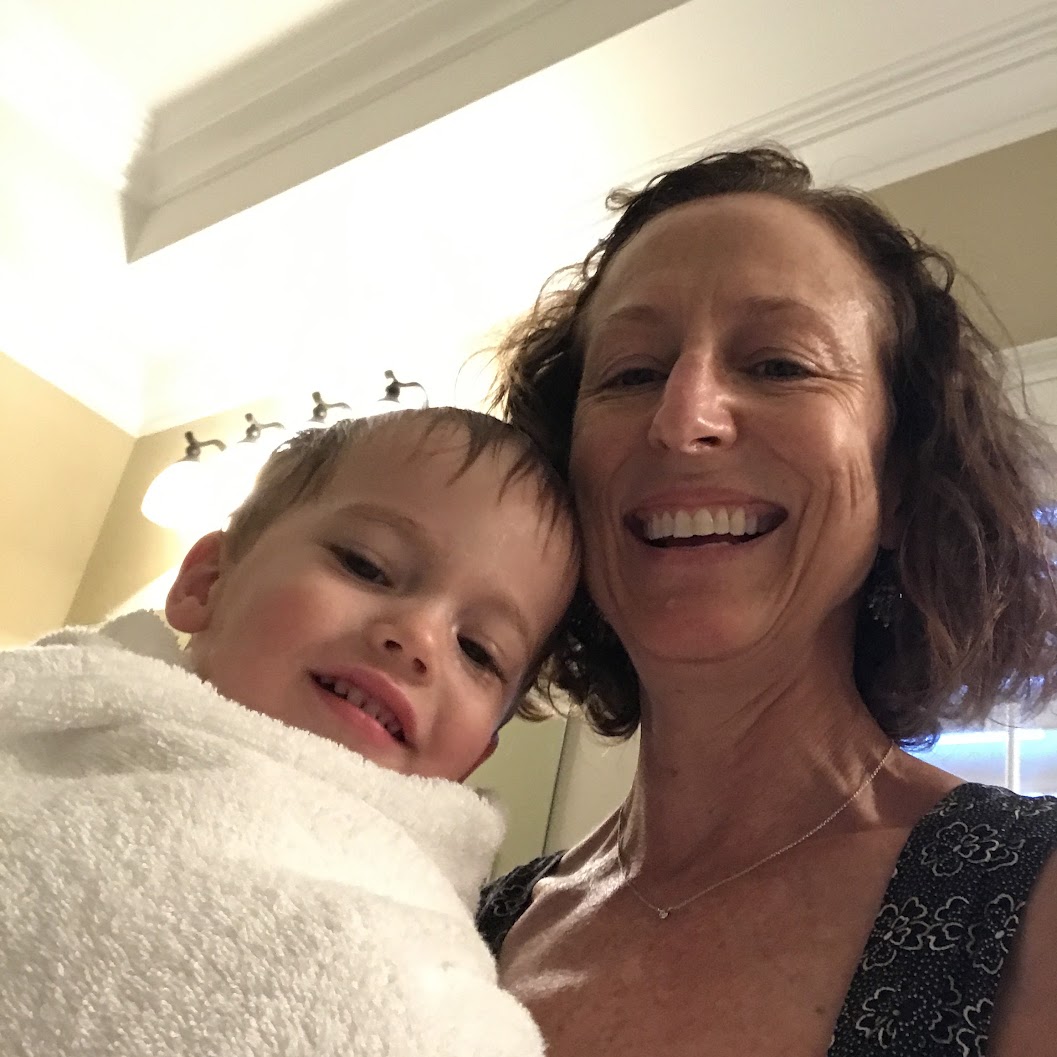 Then he was ready for stories. We offered more movie, but he insisted. (what’s the fun of sleeping over if you don’t get to stay up late?) Five stories later, another picture to share. 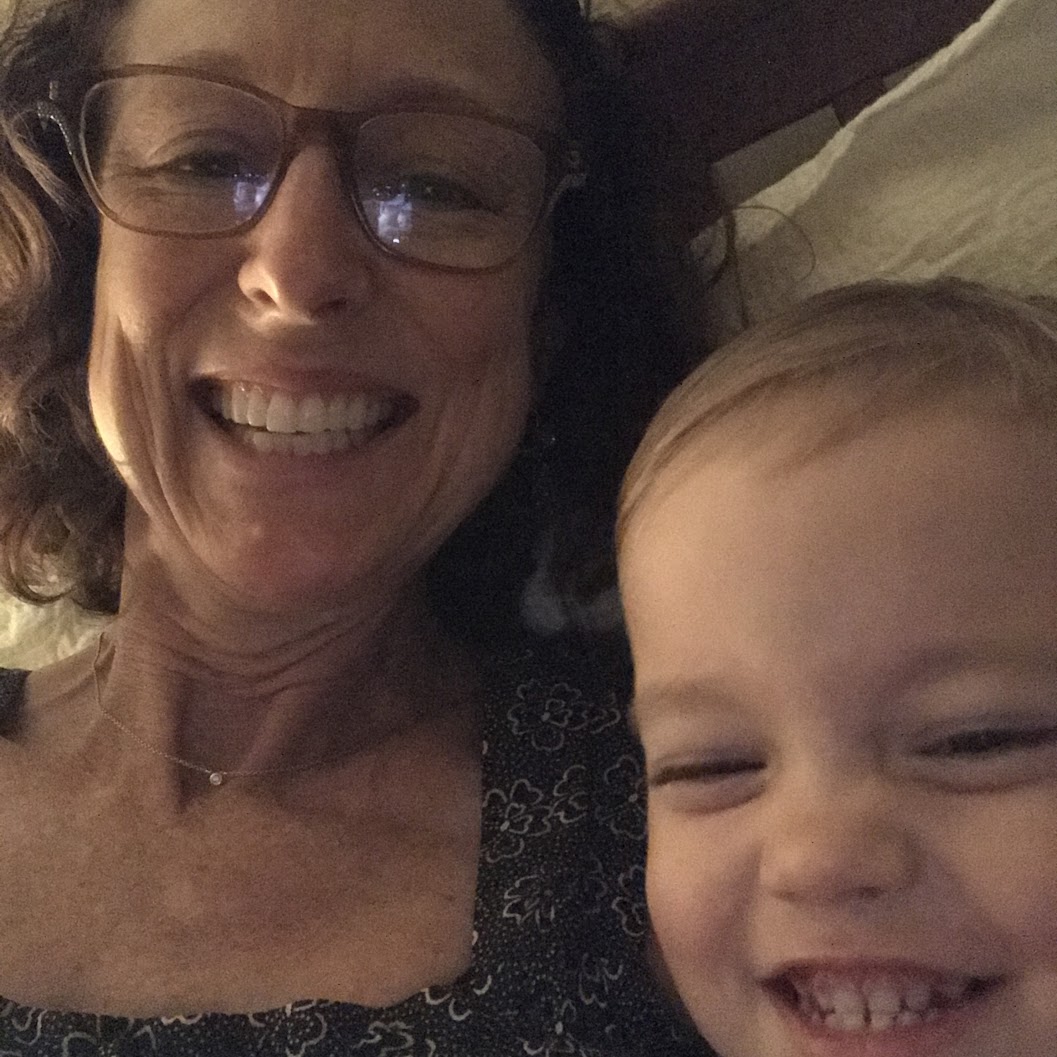 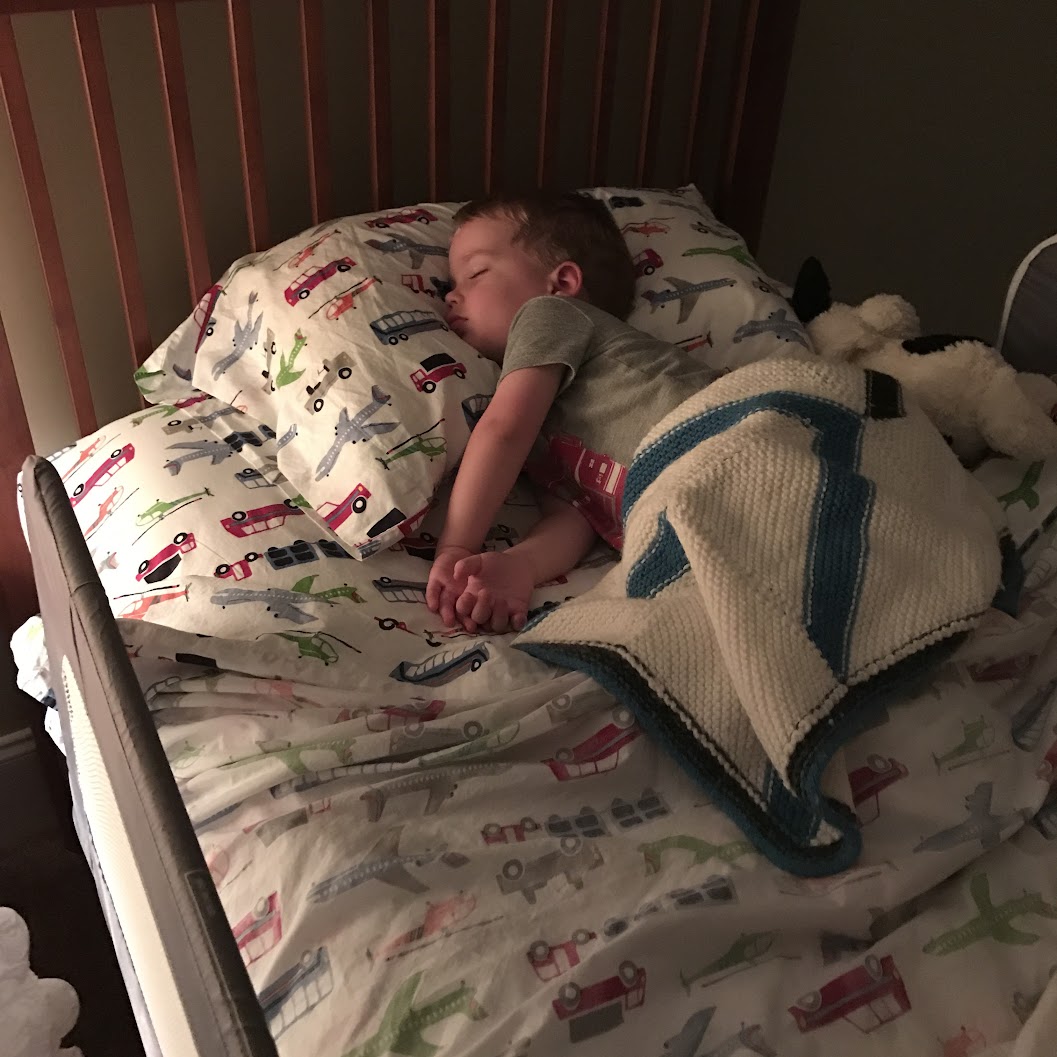 Soundly, through the whole night. (I cannot tell you how relieved I was!) I even had time to start the coffee before Charlie woke up Sunday morning.
He loved making pancakes with Poppa. 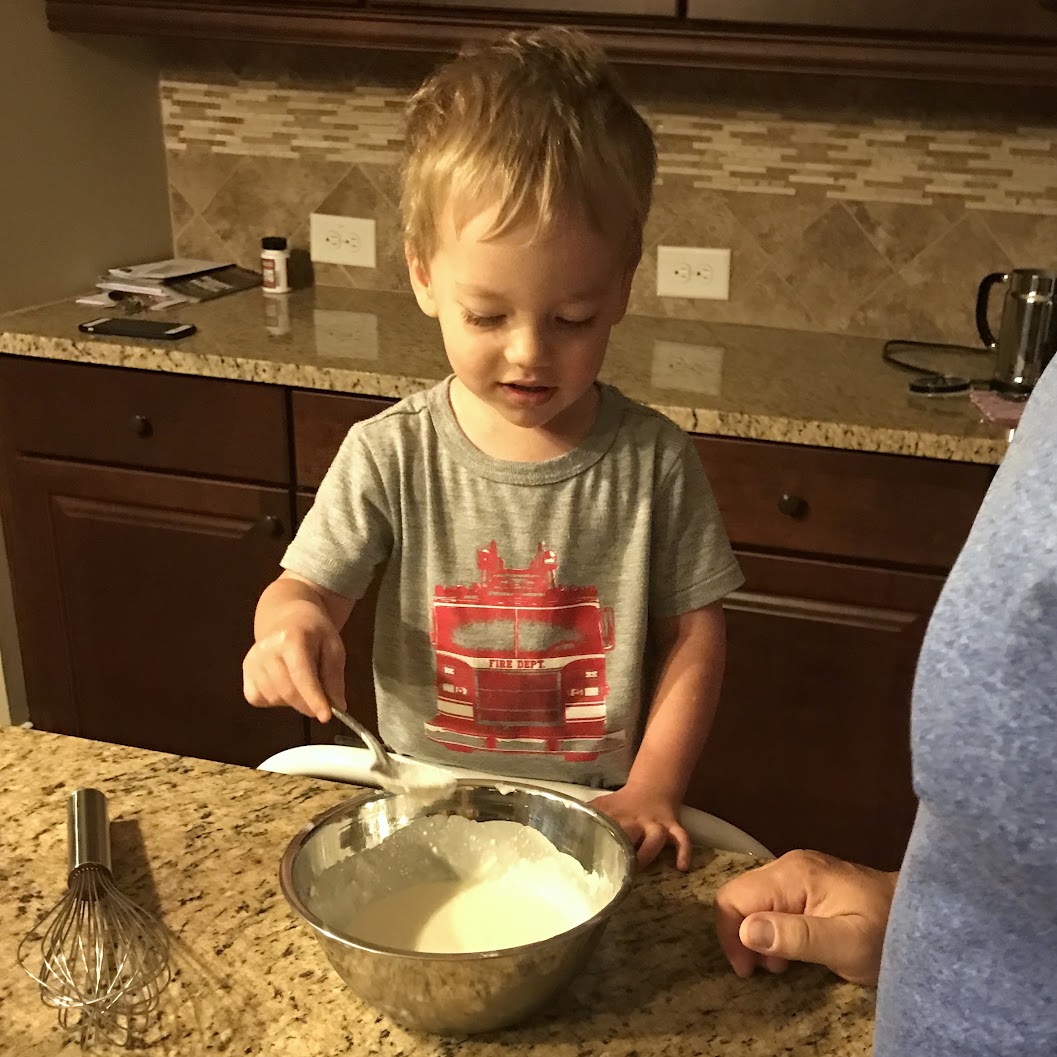 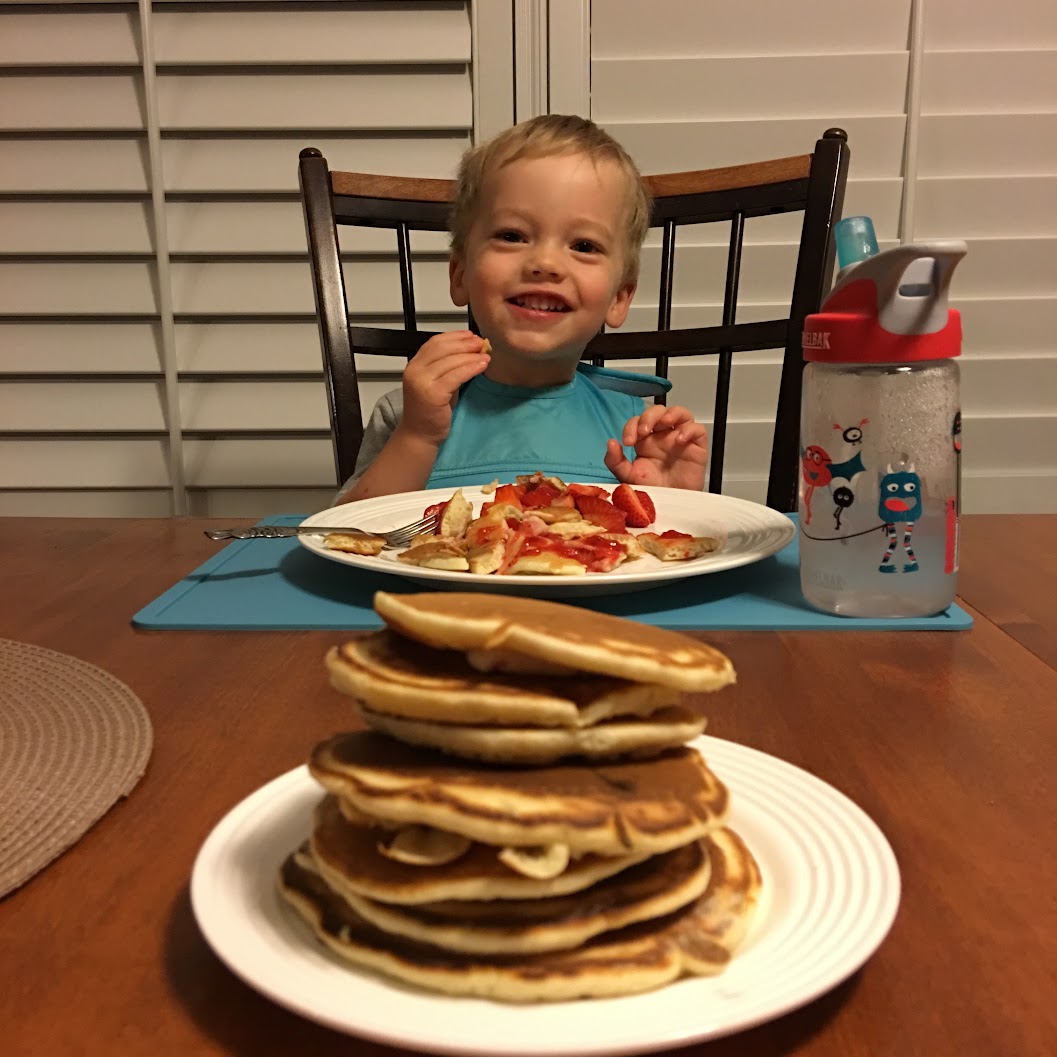 or at least making a show of eating them. I ended up scrambling an egg and he ate more of that. The pile of pancakes went home with him 🙂
Katie reported he took a three hour nap yesterday. We’re calling the sleep over a huge success on all fronts!
Hope you found some success in your weekend, too – happy Monday!

a different kind of blur.