That’s right, y’all – I have not one but two finished projects to share today. Because it’s finally cool enough to wear wool and long pants and long sleeves outside. and I was able to get Katie (a huge thank you as always!) to take photos.

I did think about saving one for later (because whoa, I’ve got 30 blog posts in a row to fill up next month), but it’s a lot more fun to share them both now (and I could use a short break from knitting baby hats and watching Call the Midwife). 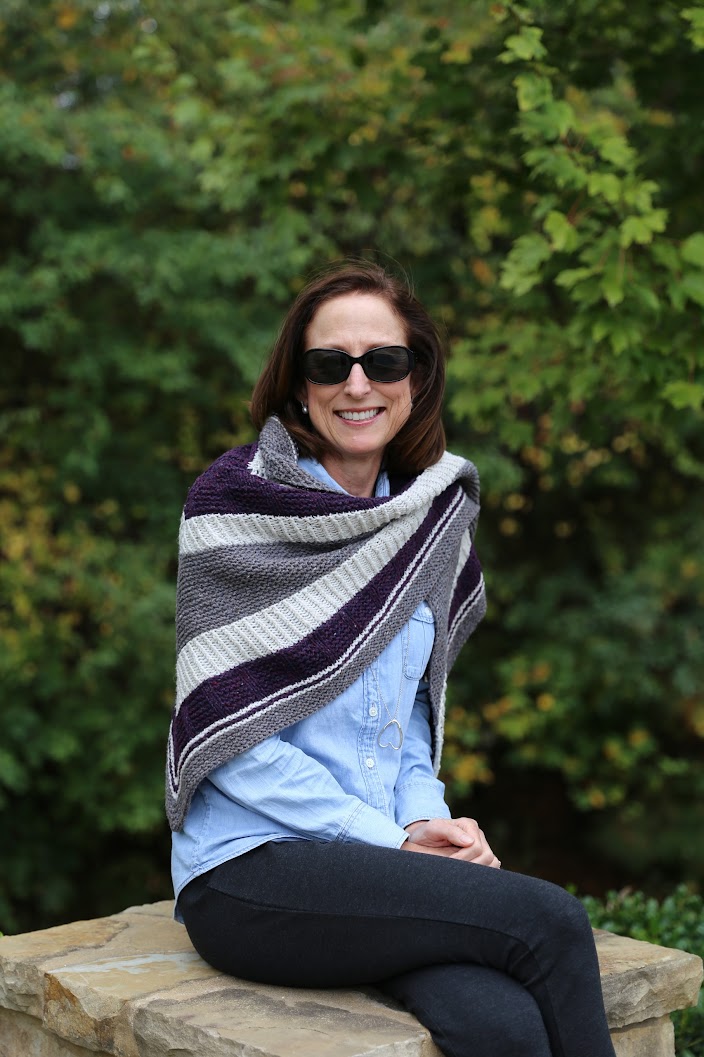 First up is Bradway. I started this way back in August mostly because I had nearly a full skein of Shelter leftover from the baby blanket and I didn’t want to waste it (so buying five more skeins made perfect sense, right?!) In any event, the knitting was a lot of fun and went as fast as you might expect on size 8 needles. This is the project that watched the Little League World Series and sat through a few knitting classes. I finished the knitting and bound off on September 1st. and then waited for a reason to weave in the ends and block it.

That reason finally arrived last week and about 20 minutes later* it was on the blocking board. 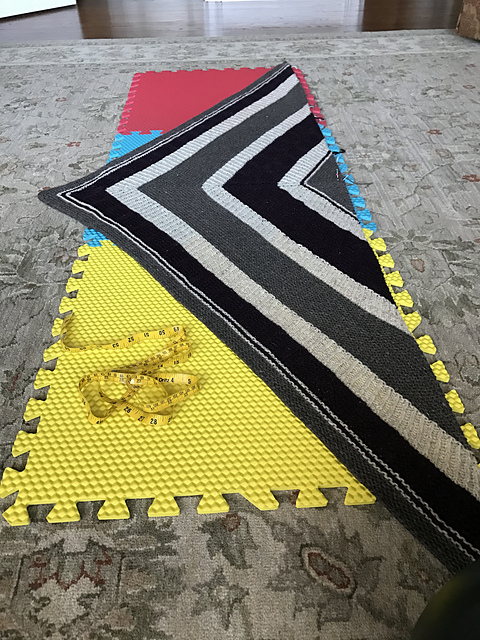 …but then it got hot again. until today. It was a really nice layer. 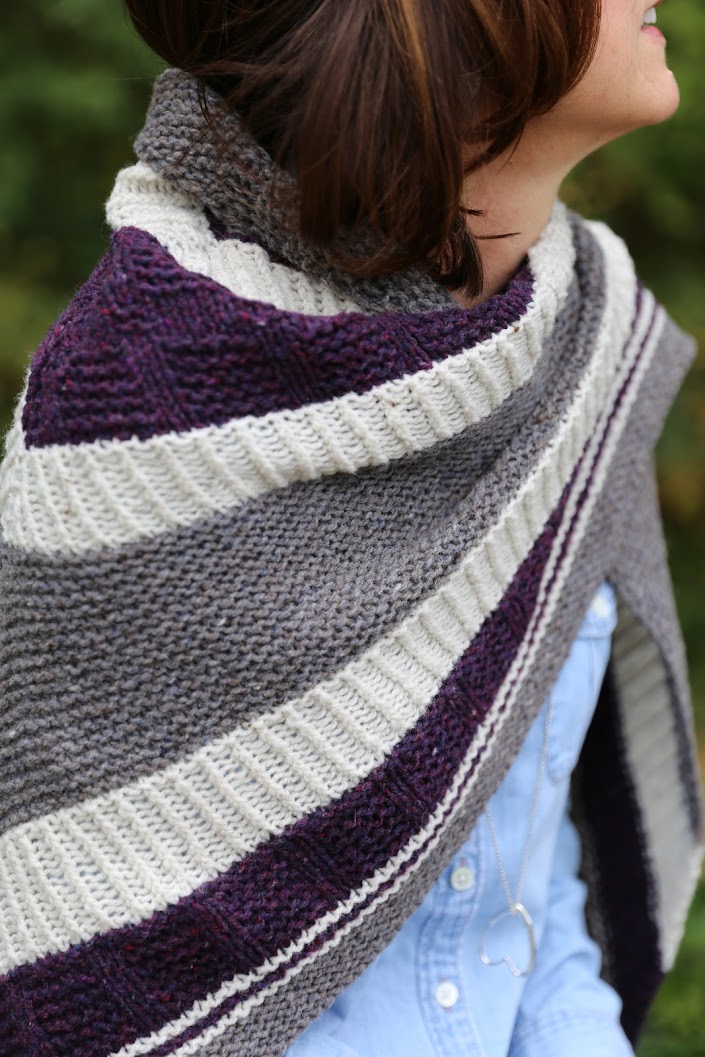 What made the project so much fun to knit was the changing colors and stitch patterns.  I think it’s going to be a fun piece to wear, too. I should note that the pattern was perfect – not single issue – so I could focus my attention on those fun parts. 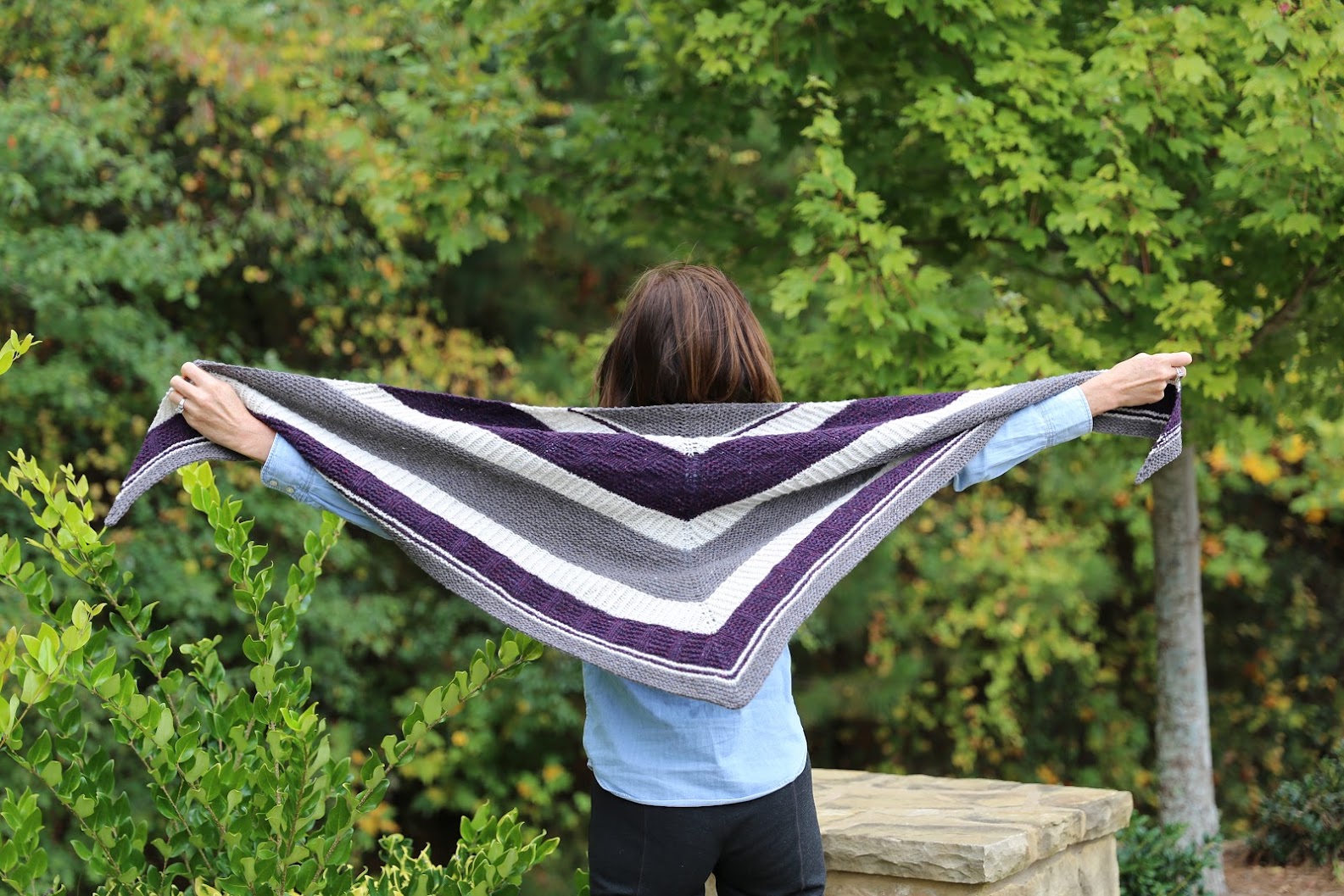 Next up is Portis. 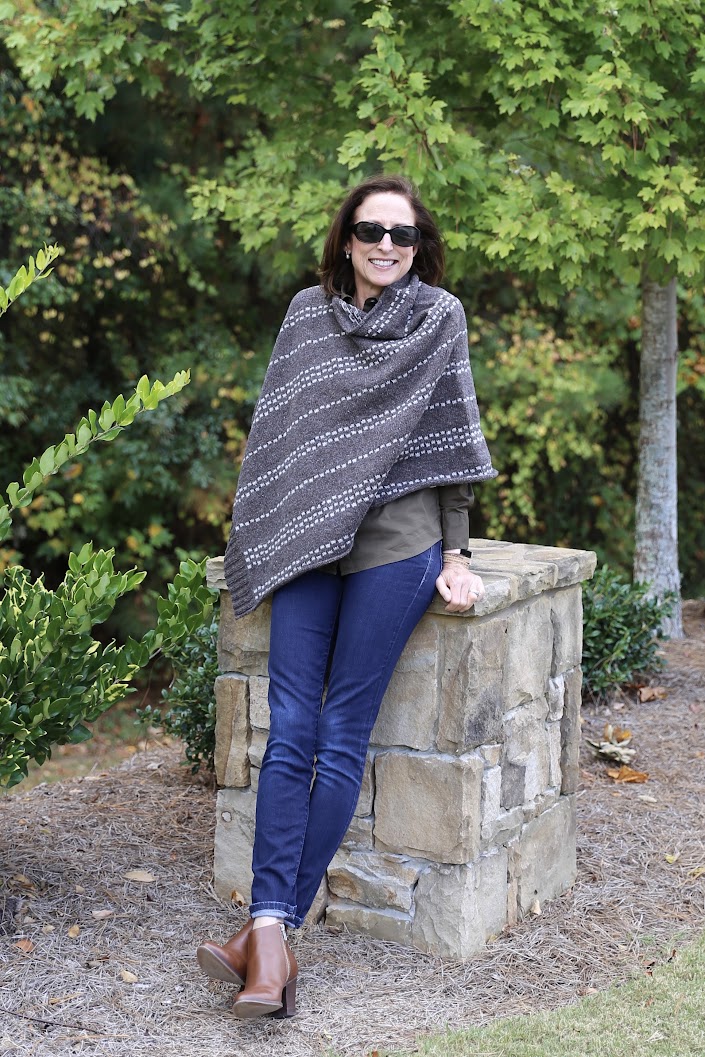 This project had it’s time-out at the beginning. I was gung-ho to get started, but then got side-tracked to finish the Blue Blanket. Once I started knitting on this one in earnest, it went fast. I finished the big stockinette tube in about two weeks (while watching nearly all of Inspector Morse).  My first steek was surprisingly easy (maybe three hours from beginning to end). 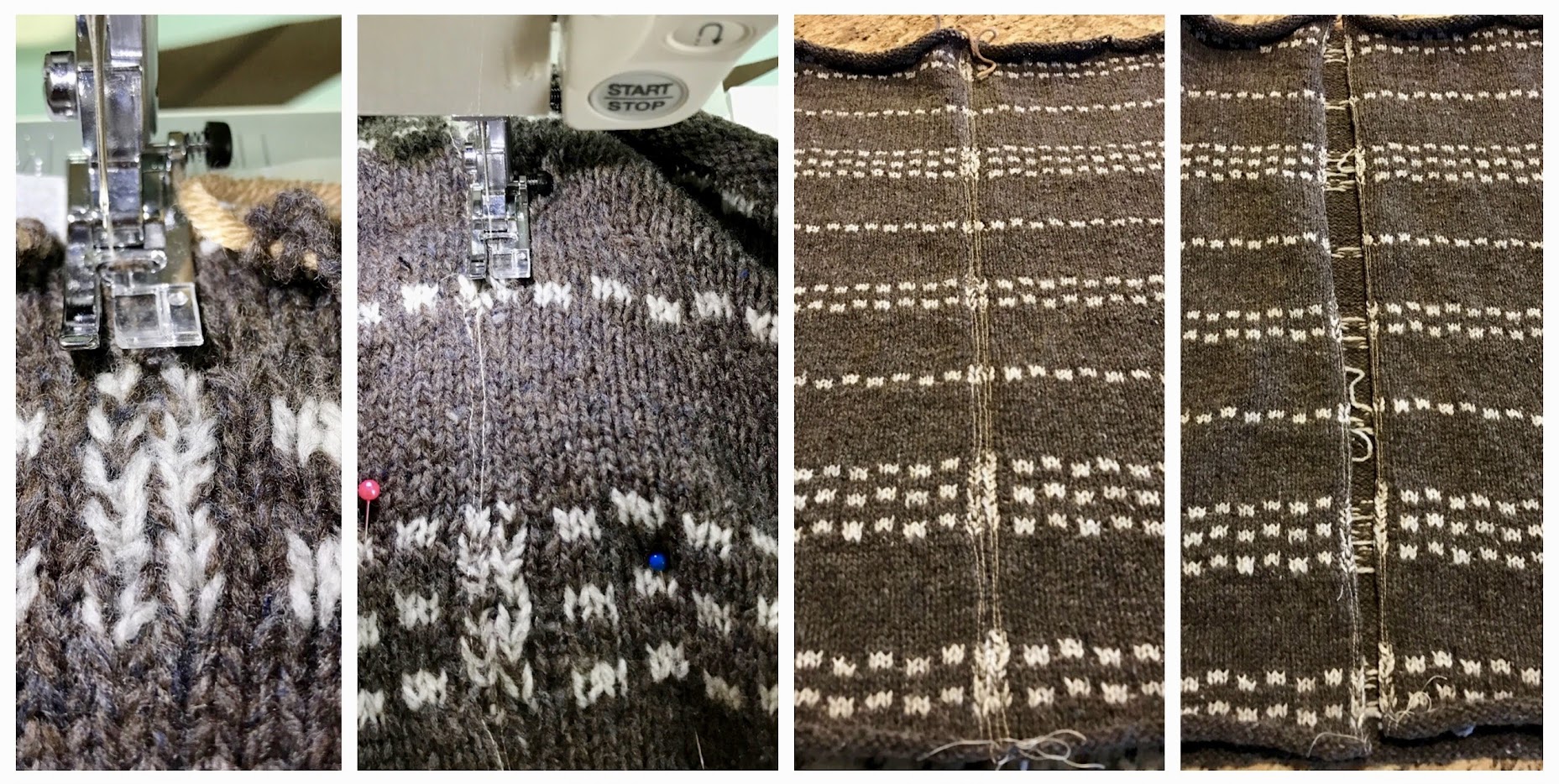 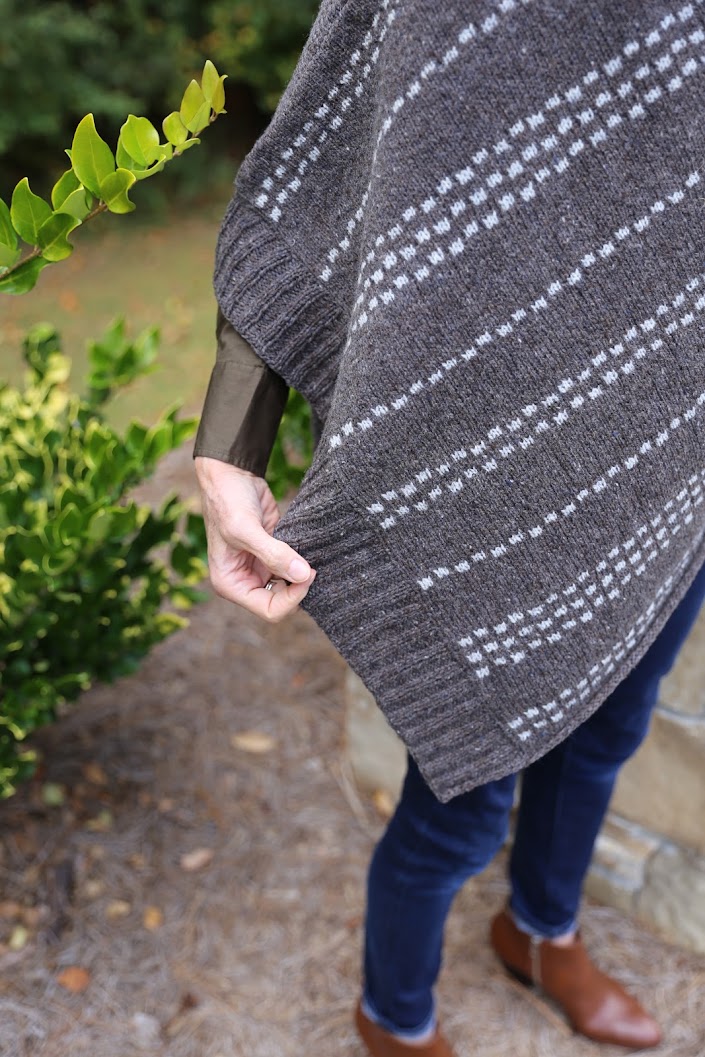 and a few more ends* (along with the last season of Mad Men)… and done. 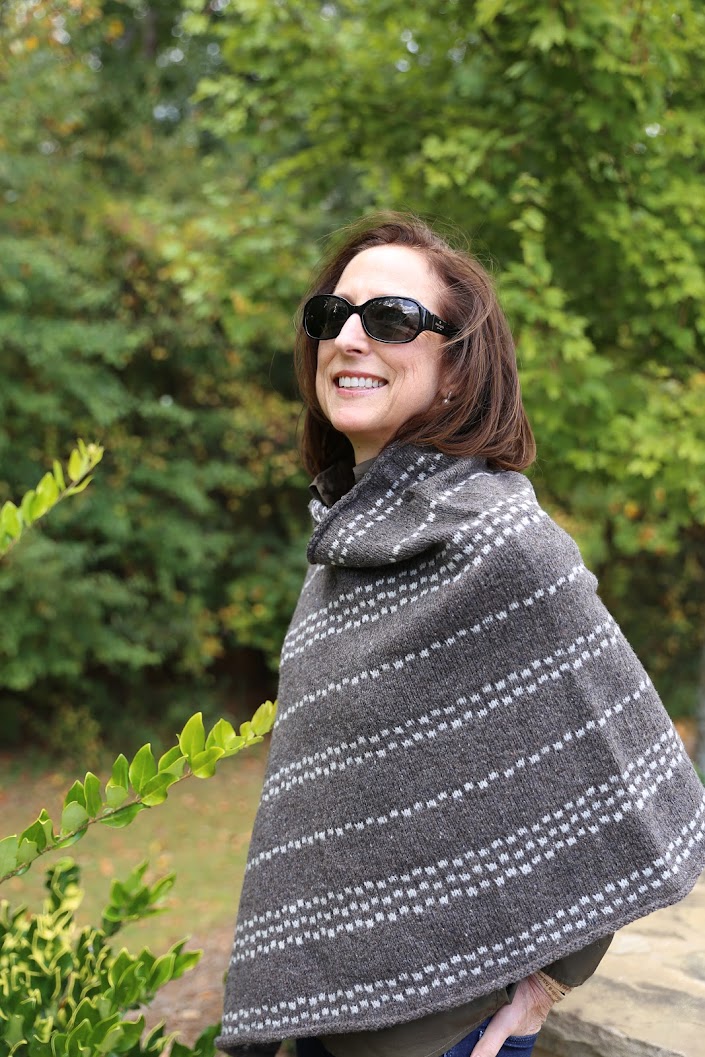 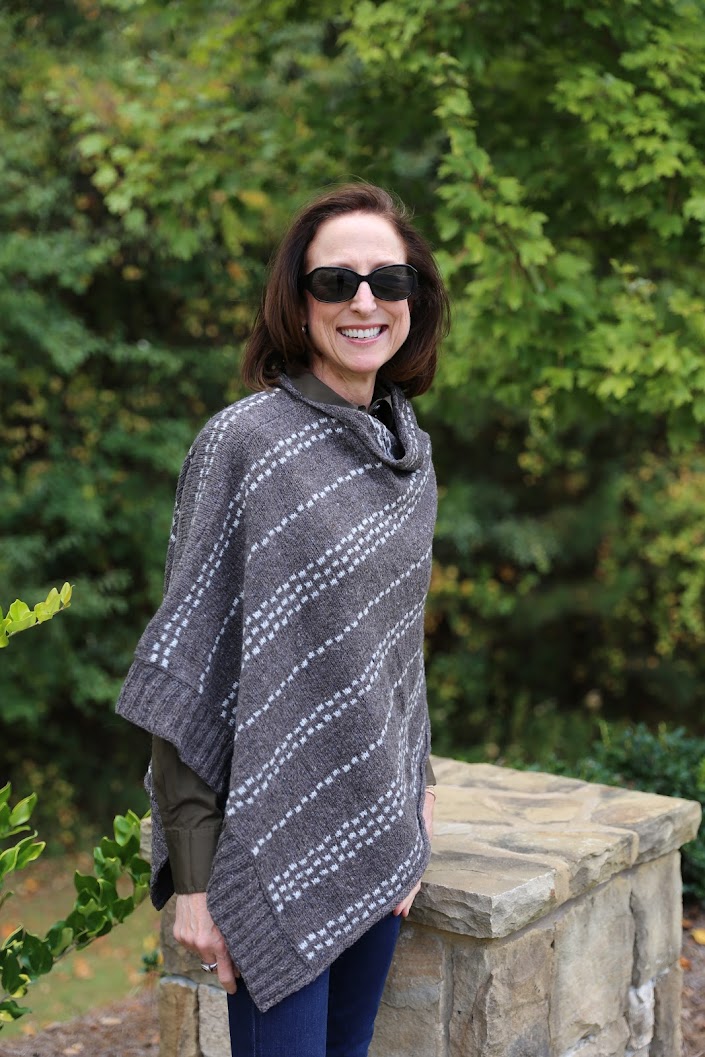 This time I didn’t quite knit it as written and I’ve suggested a few changes for my students – those notes are documented on my Ravelry project page.

But I did knit the piece to the schematic measurements and that seems perfect. Note that it’s a smidge bigger than the Churchmouse Easy Folded Poncho. 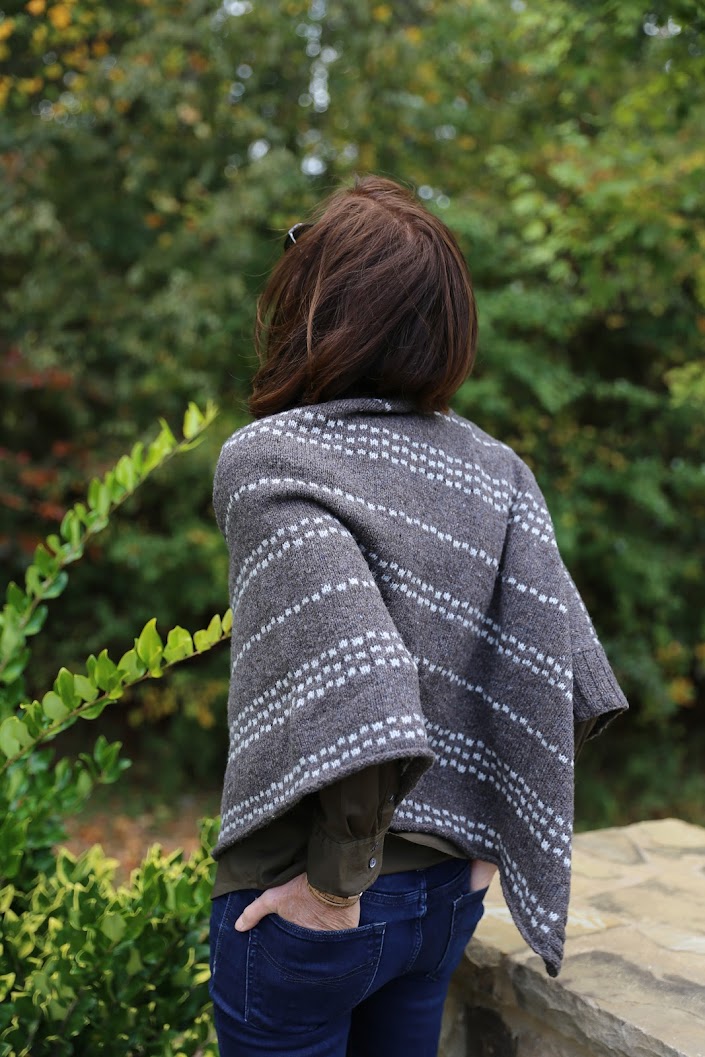 *Weaving in ends with Shelter and Loft is a piece of cake. When wet-blocked, they grab on like nobody’s business so the ends hold firm with minimal effort. They’re also spit-splice-able, so there aren’t as many ends. But as others have commented, those traits make them not-so-great for seaming.(of course neither of these projects required that.)

Ten on Tuesday | Again (and again).