…y’all might remember my “hope” from Monday’s currents was an updated Marmie/Charlie photo. Katie (and Charlie) indulged me a bit and I’m delighted with my new wallpaper. 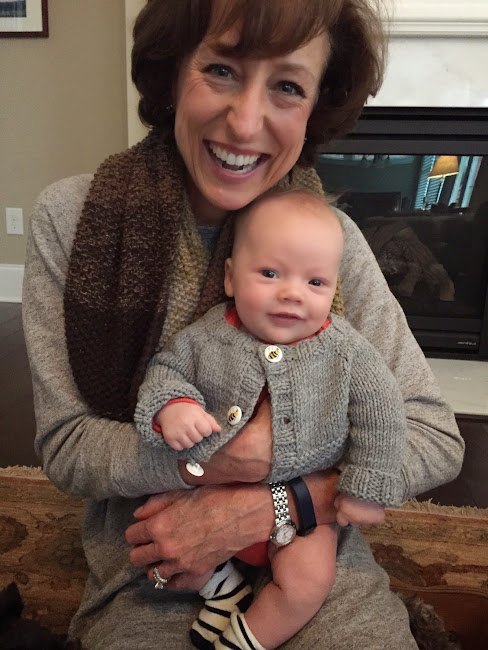 (note that the wallpaper version doesn’t include the bare legs…poor little guy – I really wanted him wearing the sweater I knit, but it was too hot in front of the fire for a sweater and pants!)
The bloopers are pretty fun too. His serious face is a really close second to his smile…and I have a feeling we’re gonna see a lot more blur (the bottom row, second from the right) in the upcoming weeks. 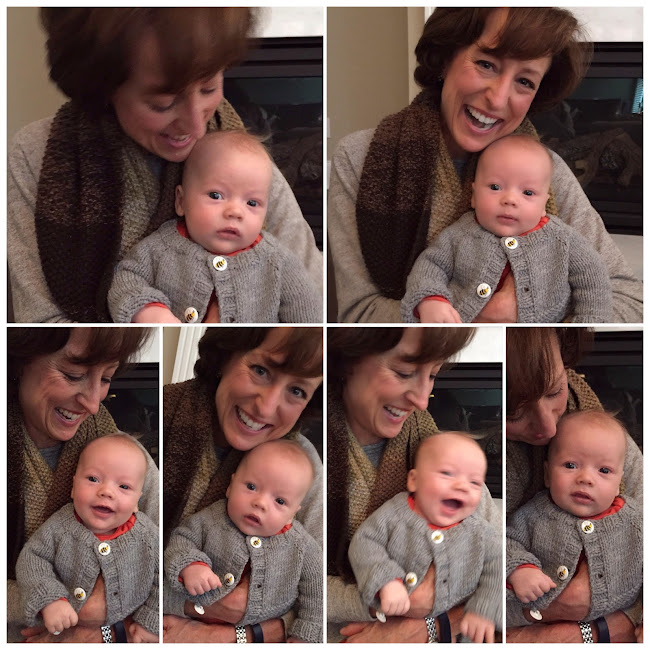 After Katie finished with all those photos, I took the camera while she played with him. He’s discovered his hands; and he’s pretty delighted with them! 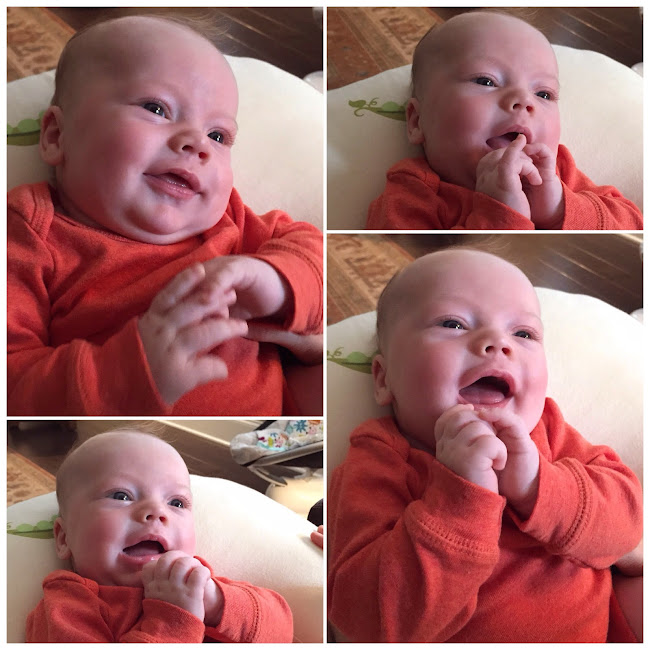 His two month checkup was this morning (happy to report all is well…mama and baby were troopers for three shots!) and the doctor said his next big thing would be rolling over. Stay tuned… I’m going to figure out how to film and post a video to celebrate that milestone.
Happy Wednesday!