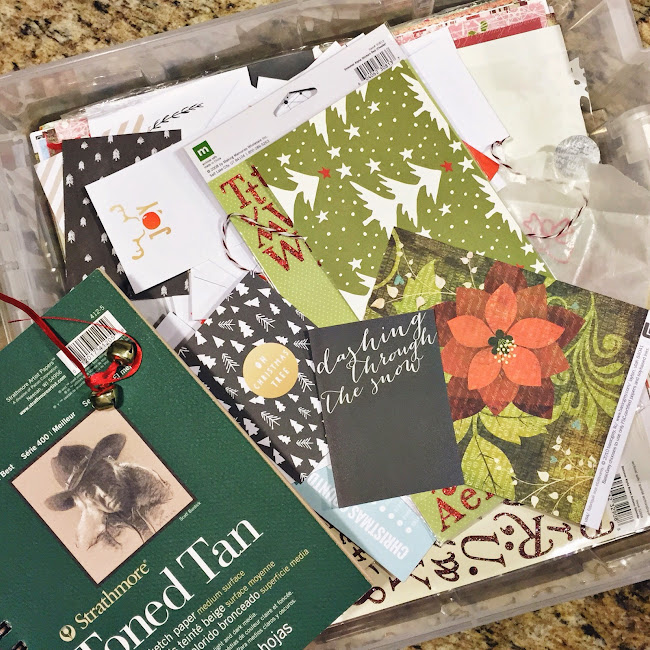 …I know I was two days late coming to this daily posting party, but halfway in…I’m really having a great time with it. Recalls my early blogging days back in 2007 when I was a lot more likely to post on Saturdays and Sundays than Mondays or Tuesdays (or any other day of the week). One photo and/or one story is all it takes. (and whoa, photos are way better now!)2007 was a banner creative year for me: I started my blog in February and that December, I participated in Shimelle’s Journal Your Christmas and made my first daily December album. That album is still one of my favorites; not only for the wonderful stories I captured, but also the process…creating something every day (and really, it was just the words I created daily – the paper and cutting and pasting happened every day or two).I made four more daily December albums and then in 2012 and 2013 wrapped that daily practice into Project Life. In 2012 I was good about capturing something each day and slipping it into one of the pockets. Last year, I didn’t even manage that. The weeks are there, but the days…not so much.And now, I guess I’ve come full circle. I want to take this daily energy full speed into December…and create another daily album. A real one. with paper and scissors and glue. and printed photos adhered to paper. along with a few other good bits and pieces that make up December. glitter and ribbons. (and yarn…definitely yarn. I think I want to knit a few Christmas gifts too…)How do y’all document the season? is anyone else into this daily thing like I think I might be?

Eye Candy Friday | Another Day at the Park.