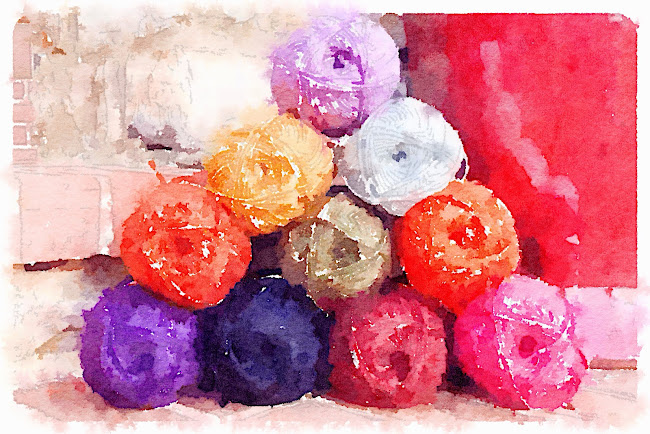 …one of my favorite things about finishing knitting projects is starting new ones.
With all the finishing in my recent past, you can bet there will be a lot of starting in my near future! One of the projects I hemmed and hawed about was the next Rowan KAL. I dove head-first into the last one (designed by Martin Storey) and still have 17 balls of yarn and 47 squares to go. To say I hesitated about another one would be an understatement. For about a week. And then I saw the colorways and watched the video. and today I bought the yarn. Note that this time I’m only in for the “small pillow”. It’s still 2,000 yards of yarn to make a 22″ square pillow.
Three things convinced me to join:

So I’m in. Along with Vicki. How about you?!
p.s. this is the Brown colorway; Kaffe has four suggested colorways including Brown, Red, Pastel and Turquoise. I chose this one because I love it…and it’s also the best match for my family room.
p.p.s. the blanket is blocked…and there’s no more news!

another bout of startitis.