…way back in August (does it seem like that was months, instead of weeks, to anyone else?) I wrote a week of posts about my knitting works-in-progress. I started the week with eight WIPs and ended up not sharing all of them. Happy to report that two of those “secret WIPs” are now finished (the third one, which honestly took me a few minutes to recall is now deep in hibernation!) 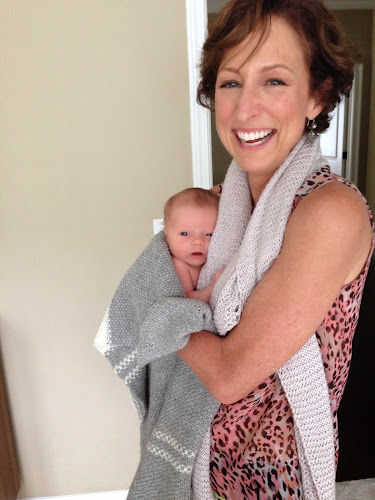 Here’s the first. It’s the Bunkie Baby Blanket that I knit for Charlie. Finished in a mad rush last week…just three days before he was born. I still hope to get some artful photos – goodness knows both he and the blanket are photogenic – but for now, this one makes me smile (and I’m glad Katie had the idea to run back down and then back up the stairs to retrieve it for this photo).

And the second. Shibui Mix No 34. I’ve wanted to blog about this for weeks because this was my first knit for the Shibui SPARK program. I first heard about Shibui SPARK on July 4 when the owner of my LYS asked me if I’d like to be considered. She said my name was the first she thought of when she read the criteria:

A SPARK member is someone who is excited about all aspects of knitting–the process, the finished product, and the community. If she (or he!) knits something, everyone wants to knit it. 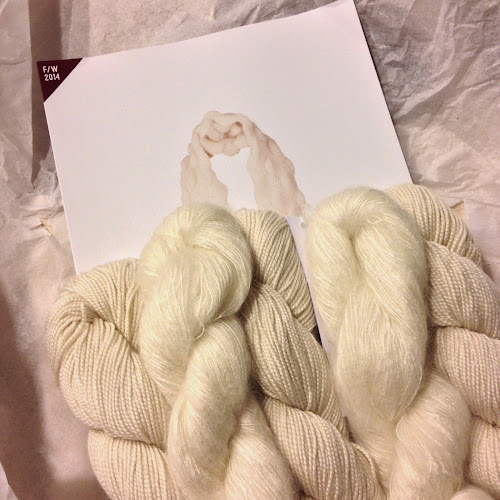 Fast forward about two weeks and the package was waiting for me when I arrived home from the Moving Sara to Madison trip. (I did cry.)
I cast on a week later and knit a few rounds, but then the project languished. I admit (and I told Shibui) the pattern didn’t thrill me. But the yarn mix is yummy and I picked it back up once I finished Cepa over Labor Day weekend. Back when I started the pattern, I modified the M1s to be yarn overs and then knit through the back loop on the following round. The resulting texture wasn’t nearly as cool as what I saw in the other FOs so I spent the first part of that Labor Day restarting… much happier simply following the pattern. And then I finished the blanket (and started Lindsay) and welcomed Charlie. This project was perfect hospital knitting. I’m not gonna lie – I messed it up a few times, but I’m pretty good at dropping down and picking up to fix my boo-boo’s. I finished the knitting and wove in and buried the ends at knitting today. 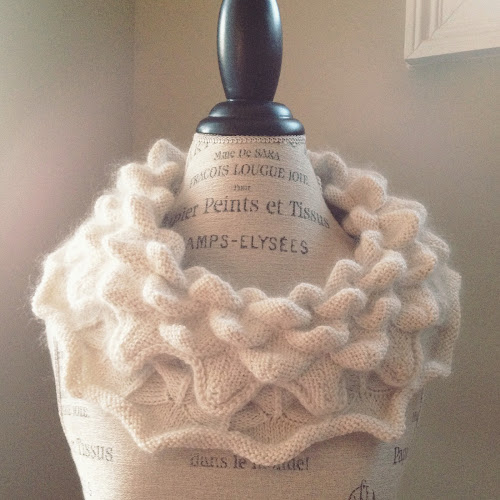 All that’s left is the blocking. For sure it needs a steam. And I came *this close* to dumping it into a wet soak to soften the texture. But then I took these photos and I think, maybe I like it as is. We’ll see. 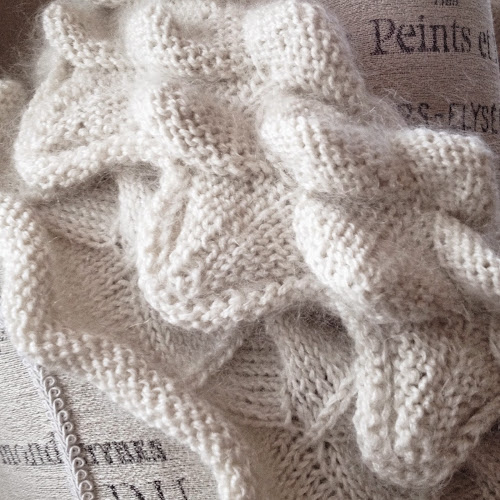 So… all that’s left from that week is a second sock. Which I am determined to finish. and then it’s all Cast-on City. I’m not sure I have five projects to share so it won’t be all week…but it’s gonna be close!
Have you been surprised by an FO? or maybe simply delighted by one? Wishing everyone a happy weekend full of fallish goodness. and knitting!
P.S. Book Bingo is done. Gather your thoughts and your blog-writing mojo. I’m going to ask for final submissions (via blog posts) next week. Tally up your Bingos! – books finished between May 24 and Sept 1 count. There are prizes 😉

Five on Friday | In Pictures.